Luke 23:43  Jesus answered him, “Truly I tell you, today you will be with Me in paradise.”

My message is from Luke 23:33 and 39-43 which reads:  Jesus is hung between two criminals- one on the left and one on the right.  When they came to the place called the Skull, they crucified him there, along with the criminals—one on his right, the other on his left.  One of the criminals who hung there hurled insults at him: “Aren’t you the Messiah? Save yourself and us!” But the other criminal rebuked him. “Don’t you fear God,” he said, “since you are under the same sentence? We are punished justly, for we are getting what our deeds deserve. But this man has done nothing wrong.”  And he was saying, “Jesus, remember me when You come in Your kingdom!” And Jesus answered him, “Truly I say to you, today you shall be with Me in Paradise.”

Let me open with 3 questions:
1. How will Jesus remember you?
2. Will you find yourself on the left or the right side of the Cross?
3. Will you be with Him on that day in Paradise?

The trial: These two were not just thieves but they were hardened criminals… they had to be because death by crucifixion was reserve for the most vile, abominably heinous and lowest class of criminals. To die on the cross was the most disgraceful, shameful and humiliating way to be put to death. And they had been tried and they were both found to be guilty of rebellion, murder, and stealing.  John 10:10 says: The thief comes only to steal and kill and destroy…

Road to Calvary: Now as these two were being led with the Lord to Calvary, they reviled and hated Him casting insults and abuses toward Him. I’m most certain they had heard about Jesus’ many works and His miraculous ministry… and while they were being led with Him to Calvary both of them hated the sight of this sad humiliated Jesus. He certainly wasn’t the Jesus they’d heard about. What they saw was a weak, contemptible, disgraced, degraded and defeated joke of a Messiah.  They had nothing but disgust and disdain in their hearts for the One who was about to die in their place and pay the price for their crimes.  Mark 15:32 ~ those who were crucified with Him were also insulting Him.

Crucified: Now having been crucified on Golgotha with the Lord, both criminals had witnessed the Lord’s demeanor and heard as He cried to His Father to forgive His abusers. The thief on the left immediately started up again with his ranting and railing. Now he was not mocking Jesus nor did he hurl joking insults as many of us have come to believe. HE WAS ANGRY!  He was desperately thinking of how to save his own skin. Perceiving Jesus to be useless to his plight he lashed out at Him with hatred and contempt.  Certainly Jesus had miraculously saved others and he felt entitled to a miracle too. Can’t you just hear him? “Aren’t you the Messiah? Save yourself and us!” That anger turned to bitterness, blinding rage and resentment.  I’m sure when He realized that Jesus was not going to call down fire from heaven to consume the Roman soldiers or even the High Priest who knowing the wonders the Lord has done still stood mocking and jeering at Jesus with jealous indignation. The criminal on the left had even more hatred for what he perceived as weakness. At this point he’d also come to realize that he himself would not be spared the death sentence he’d received on the cross… oh how he cursed the Lord.  From his mouth flowed every filthy insult.  James 3:6 says: And the tongue is a fire… and sets on fire the course of our life, and is set on fire by hell.  So the result of anger turned to bitterness is a rage that is so blinding we find ourselves in a state of self-interest, unable to see or even acknowledge our faults and we are unable to see a Savior with His arms outstretch waiting for us to call unto Him. The Bible teaches us that He saves all who call on His Name.  This sinner …this criminal could not see his faults he was focused on finding fault in the One who is Faultless and without sin.

Now on the right as the painful agony began to set in and as the tormenting time passed by, the thief on His right began to reflect on his sinful life and hopeless future. He considered the regal and noble demeanor of Jesus as he bore the great suffering and humiliation of the cross, recognizing that Jesus was not begging God or anyone to have  mercy on His soul nor did He have need to ask in any way to be forgiven of anything.  This man Jesus was praying for and asking that His captors and abusers be forgiven. There was a growing conviction in the thief’s mind that perhaps this was more than an ordinary man who was hanging a few feet away. . He was humbled and that instant this criminal was able to see and acknowledge his own guilt. His heart was changed… it became contrite, remorseful and repentant.  He realized that there was nothing he could do to justify his crimes… but he rebuked his counterpart and justified and defended Jesus’ innocence.  Judging from the words he used we can assume that wisdom from God had finally crowned his head.  This is his rebuke to the other thief, “DON’T YOU FEAR GOD?   Are you thinking like me?  Proverbs 9:10?? The fear of the LORD is the beginning of wisdom, and the knowledge of the Holy One, is understanding. The thief on the Lord’s right side had at once been given wisdom and insight by the Holy Spirit. And he was saying, “Jesus, remember me when You come in Your kingdom!”  And Jesus answered him, “Truly I say to you, today you shall be with Me in Paradise.”  The Lord snatched him from the fire and freed him from the enemy’s restraints! That very day that man found himself with his Savior in the beauty of Paradise.

2nd Scenario Fast Forward to 2015: The Gospel of Christ is being preached as Jesus is lifted up between two criminals- one on the left and one on the right. This very scene is played out every day in societies around the world, as we react to the preaching of the Gospel of Christ. The message of the Cross still moves those on the left side to make of a mockery of the thought of the gift salvation that Jesus offers by His death on that Cross. In fact today there are those who claim it to be a fairytale and nonsense.  They are criminal thieves who rebel and seek to destroy the Truth of the Cross. And even as it was on Calvary with the chief priest… today there are leaders who are the criminal thieves that Jesus warns about in John 10:1-10 Jesus describes these apostates as the thieves of souls; who weigh down the church with baseless rules and rituals set up to be a way to God. They feed the flock with things of no inward or eternal value. These renegades elevate themselves for no other purpose than to make the sheep their own, not to give them pasture. They sacrifice the sheep for their selfish intentions and use them to serve their own interest. They never deal graciously for the benefit of the sheep. They destroy the congregations in their pursuit of selfish desire.  They do not recognize the true Door into the sheepfold; they close up the way of life in order to exalt their own agenda and to secure their own position.

We can’t recognize the light when self-centered bitterness or ambition keeps us in the dark. We can’t see past what we feel entitled to. Service to others becomes empty action void of Love and filled with discontented grumbling. The bitter heart has a constant complaint and contrary nature, it asks, “If you are the God who loves me, why do you allow me to suffer? Why am I not being blessed? Why don’t I have a better this or a bigger that?” The bitter heart does not praise God, because it is selfish because it is never satisfied.
There are those today standing on the right side of the Lord. They have repented and called on the name of the Lord. Romans 10:13 says: “Everyone who calls on the name of the Lord will be saved. The repentant heart has eyes that see the error of its ways and ears that hear only the voice of the Good Shepherd and follow. Contriteness of spirit brings enlightenment to see ourselves with veracity causing us to recognize the wretchedness of our sins. We will confess our guilt and our need for a savior. The wisdom and understanding to recognize Jesus’ goodness and our unworthy nature will cause our hearts to cry, “Lord, remember me.”  The enlightened soul says, “I don’t know why You came to Love me so. I don’t deserve Your Mercy. Thank You Lord. You’ve looked beyond my faults to meet my needs.” The grateful heart worships and praises God. God will remain ever near to such a believer, because we know that our God inhabits our praises. He is even enthroned upon them.  We are certain that He remembers us and has a place prepared for us, so on the day when we are absent from this body we will be with Him that very day in Paradise.

Augustine described that moment on Calvary with these words,” This cross, if you mark it well, was a judgment-seat. For the Judge being placed in the midst, the one who believed was set free; the other who reviled him was condemned; and thus he signified what he will do with the quick and the dead. Some he will place on his right hand and some on his left”

Again I leave you in closing with three questions:
-As we cry out Lord remember me… what will Jesus remember about us?
-When His Kingdom comes will we find ourselves separated to His left or to His right?
-When we are absent from this body, will we be with Him that on that day in Paradise? 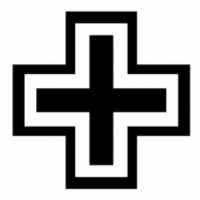